We will carry out meticulous public relations activities and effective way of attracting visitors.

Including industrial and economic papers, we regularly conduct public relation activities such as posters, flyers, TV, radio and publicities and approach business communities and consumers of 9 prefectures of Chubu in order to acquire visitors and we have received a great number of visitors in each time. Literally, we have earned acclaim as “Chubu’s largest comprehensive exhibition where required technologies can be obtained.”

Result of 2018 Chubu Pack public relations by newspapers and magazines

Public relations activities were taken for approximately 2 years until the term of the exhibition. Advertising in 41 papers was placed including national newspapers, industry and economic papers, professional magazines and business press. In addition to transportation advertising, we were interviewed by local TV and radio programs.
On the first day of the exhibition, we were interviewed by NHK (Japan Broadcasting Corporation), 3 commercial television broadcastings and each newspaper and thanks to them, the number of visitors surpassed 67,000 for 4 days.

Business expansion by the biggest industrial trade fair in Chubu area It will connect to expand business and acquire more new customers. 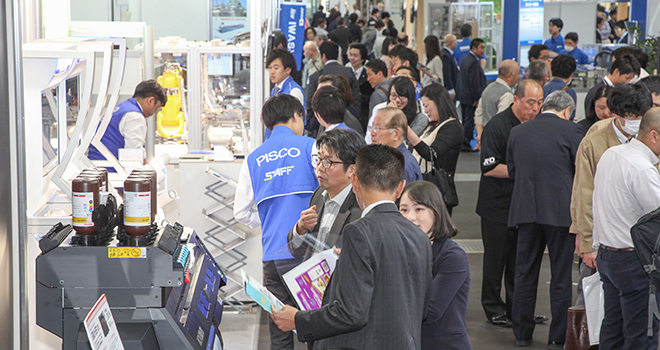 It will lead to expansion of business and increase of customers.
This is an exhibition in Nagoya, which is a center of manufacturing as well as that of Japan. Good access from anywhere in japan. In addition to visitors from Nagoya and its suburbs, not to mention Hokuriku, Gifu and Mie, the number of visitors from further areas has increased. Events to increase more visitors will be planned in 2022 Chubu Pack. Look forward to it!

To merit of exhibiting(2)